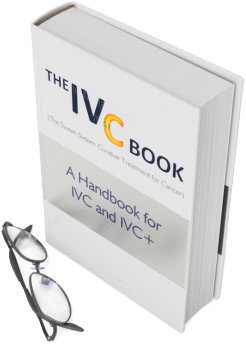 There are seven main essential ingredients to a properly done IVC protocol, wherein the patient has the best chance of having a positive outcome.  Although there are other IVC related protocols in development that may be even more beneficial in the future (sign-up to keep posted on this), for now below is the minimum standard for conventional IVC.  The medical practitioner who does not insist that the following are done as explained is unlikely to get the results that practitioners seasoned in the art of IVC currently enjoy. These seven factors are as follows:

Note that the above is a bare minimum of what should be followed, and yet it doesn’t even fully qualify as the gold standard for IVC.  There are many more things, for example, on the diet and supplement side (item 6 above) that a patient can do that will improve results.  Some of these things, in fact, seem counter-intuitive (such as certain antioxidants that might diminish the pro-oxidant effects of IVC against cancer, so they should be done on non-IVC days).  More information is found in Chapter 6, “How Patients can Enhance IVC”.  A brief summary is included here under the section “Potentiation”: http://ivcbook.com/ebooks/IVC%20Administration%20Quick%20Reference.pdf